What is a Seer?

“To create an original work you must become a seer with eyes of spirit, that penetrate an invisible world and see the unformed future, which is the potential birthing place of an innovative product, service, invention or artistic achievement. Then you need to go into labour!”
― Wallace Huey

To be a Seer is to see into and then create the future.

How does he do this?

So what exactly does the Seer see that makes him such a powerful predictor of what the world needs most?

The Seer sees human and environmental suffering. For the Seer the Earth is alive, and he knows more than most, that the world is unwell and in need of healing. Therefore the Seer looks at the world of people and their environment and is drawn to places of stress and disharmony.

Whenever the Seer sees stress and disharmony he is able to picture a hole in the universe of created things - a hole that he knows needs filled. The Seer is particularly interested in the precise shape and form of that hole in the world of created things because he knows that by understanding the exact shape and contour of the hole he discovers the clue to what its complement must be - the nature of the thing created to answer the need and to fit the hole.

For example I am writing this post on my iPad. Before Steve Jobs and his team invented the iPad, no such object existed. It was not even part of the human consciousness that such a thing as an iPad might be needed. But Steve Jobs could see the hole in the universe of created things and he put his team to work, designing, testing, producing and eventually marketing the iPad as a material fit for the hole in the universe of material things of which he was aware.

As with all Seers, Steve Jobs was focussed with great intensity on what was in the empty hole that would give rise to the manifestation and creation of the iPad. And what was in that hole were unmet human needs like convenient, mobile, long lasting, high quality access to the Internet, a calendar, email, etc - all the functions he discerned needed to built into the first iPad.

He was able to discern through his skills as a Seer all the needs that belonged together in that hole, whose absence in the world of created things meant that people's needs and the needs of the environment were not being met as well as they might be. He knew that once he had created the iPad, it would help humanity rise to something more, something greater. And indeed even Steve, before his death, was surprised by the huge variety of uses to which the pad was being put.

Steve was an archetypal Seer and when he brought out his ground-breaking products it was because he saw that hole and could guide his team at Apple in how to fill it with exactly the device that would meet all those needs. People, including eminent industry pundits, were amazed at how the devices Steve and his team at Apple created, were taken up and in so many countries by so many people. But Steve was confident. He could see the hole, he could feel the stress and he knew how to fill it.

Steve knew where to look to see opportunities others could not. He was following his vision and life purpose, which was to invent computer hardware and software that acted like a bicycle for the mind. He saw that computing could be fashioned into tools that could greatly amplify and add value to all sorts of human endeavour. And the iPad was another in a series of related breakthrough computer based tools that added such value to society they projected Apple from near bankruptcy into the most wealthy company in the world.

Steve Jobs is a great example of how spiritual skills like being a Seer can create the context for technological invention and the creation of business and employment.

So next time you are reading about the world or out chatting with friends, I invite you to look for the gaps. Not just to see what is there, but what is missing, the presence of which would make a big difference. If you want you can start looking through the eyes of love for small holes in the universe. For example if you are cooking a meal, do so with love and ask yourself, what is missing the presence of which would meet a need for my family. Then expand this ability to look through the eyes of love to see what is missing, into larger arenas of your life, like your job or your hobby. If you practice this skill and as you do so look for bigger and bigger "holes in the universe" and then take action to fill them, you will not only be expanding the reach of your love, but will also be developing your skills as a Seer, because everyone has this talent.

Then someday, like Steve Jobs, you may put your new found spiritual powers to practical use by starting a company, that creates a product, that meets a need, that serves the whole world.

That is the power of being a Seer in the 21st Century.

Next in this series of articles...

The Only Revolution 3 ~ What is a Spiritual Teacher? 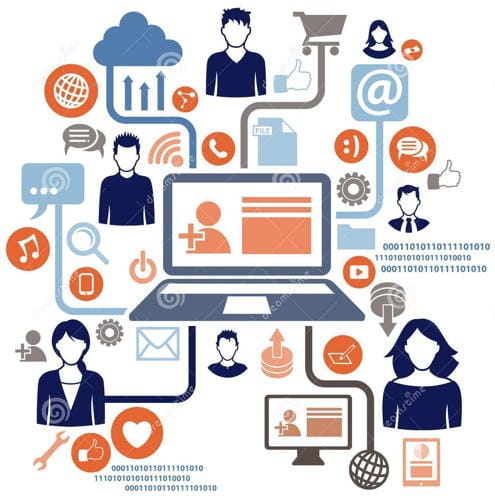 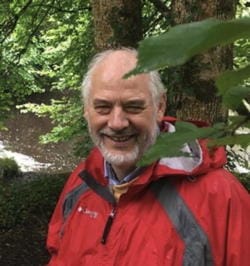 Apply to be one of Wallace's students...
Email Wallace for an Exploratory 30 minute Skype Session