A Woodsman's guide to enlightenment
By Wallace Huey
Audio of this Chapter:
Download the MP3 audio file
Healing yourself

“Are you goin’ out tonight?” The Woodsman often asked Sean, his assistant, this question. “Yeah,” Sean replied (as he always did). “Goona boogy?” asked the Woodsman. Sean laughed. This was a conversation the two of them had plaid back and forward for years. The truth was that Sean wasn’t going out tonight or any night to boogy. He was a villager, a person with special needs, and the Woodsman loved him like his own son.

The Woodsman stood at the edge of the copse of trees, where he had been kneeling down to cut back some vigorous willow that were beginning to shade out younger oak, and scanned the horizon. Ormiston was spread out below, as a scattered collection of large houses and outbuildings, set like jewels in the surrounding green fields which, in turn, were wrapped in the lush greenery of deciduous woodland in early leaf. Beyond the field and the woodland lay a vast expanse of sea that stretched to the other side of Deargh Lough. This community, where he lived and worked, had been set up over 50 years earlier, to care for people with special needs.

Unknown to Sean, the Woodsman had been feeling unwell all afternoon and as he and Sean took in this tranquil scene the pain in his abdomen grew worse. “I think we’ll knock off early,” said the Woodsman and with that carefully placed his chainsaw, axe and planting spade into the back of his truck and climbed aboard.

The truck ambled its way down the woodland lane and between fields, eventually arriving at the land building where the Woodsman had his tool store. He stopped for a moment to look out over the fields to the sea, then walked up to his tool shed, slid back the door and began to unload his equipment. The last tools he unloaded were his beloved axe and planting spade. He hauled them out of the back of his truck, looked at them lovingly, as a parent would gaze upon a child, reached over and hung them on the wall. As he did this an intuition, only fleeting, passed through his consciousness – “This might be the last time I hang up my axe and planting spade.”

The Woodsman bid Sean farewell and drove his truck round to Woodsman’s Cottage where he lived. He had built the cottage some years ago out of recycled materials. He remembered with fondness the time when, shortly after the house was completed, a local traveller had come to his door mystified. He said that he had travelled this road many times but had not until now noticed his cottage. He remembered with mirth telling the traveller that the reason he hadn’t noticed his cottage before was because it wasn’t there – it wasn’t 100 years old, as he had assumed - it was just new! He remembered how the traveller went on his way confused! He hadn’t realized that the recycled materials had given the cottage its aged look.

The pain was getting worse now and the Woodsman strolled round the front of his cottage and wandered around to his back garden where he stood and admired the young trees that grew there. This was his nursery for sick and abandoned trees. Under his exquisite care these trees had grown from barely alive abandoned saplings into dense mixed woodland, full of wildlife. As he stood running the tips of the young spring leaves through his fingers, he reflected on his life here in Ormiston.

It had been a happy life. He remembered how he got started. It all began when he was made redundant from his job as an architectural technician, the job his father had wanted him to pursue and the job for which he was trained. During his period of unemployment he decided to volunteer to cut up a great many trees that had blown down in a winter storm and in so doing follow his childhood dream – to be a woodsman. The community found his skills so valuable that after two years volunteering, they had offered him a permanent job. He recalled, with a smile, how twelve years later he applied to live in the community and his application was overwhelmingly accepted by members.

He had never married, nor wanted to. Nor had he wanted for anything. He had his truck to get him around, his wood burning stove to heat his home and his food from the community shop (which was the only shop he knew of where everything was free and there for the taking, stocked, as it was, with all the produce from the community farm). In his younger years at weekends, in the winter, he went walking in the mountains with the Binian Ramblers and in the summer went diving with the Porpoise sub-aqua club. As he stood in his woodland for abandoned and sick trees, his whole life seemed to pass before him as a series of fond and sometimes amusing memories.

The memories faded and he entered his living room, and went to light the stove. Two great oak beams spanned the room. When building his house he had rescued them from an old mill. The floorboards were patchwork brown and were from an old mansion that was being demolished at the time, to make way for apartments. The hearth was a big slab of blue gray slate from an old church. The room drew light from an easterly facing window that looked over an empty field ringed by woodland. After lighting the stove he sat in his favorite chair and looked out the window into the fading light, to see if the fox that sometimes passed by at dusk, was coming through.

“I don’t feel like eating,” he thought and continued to sit in his chair. “I’d better call the doctor,” and following this thought picked up the phone and rang Dr. McMichael. Describing his symptoms over the phone, Dr. McMichael decided to come out and visit the woodsman. Next morning, after the doctor’s visit, the Woodsman went in for tests and the news was not good: he was riddled with cancer. “You have one month to live,” said the specialist, “I’ll treat your cancer if you like with chemotherapy, but it is so far advanced that the treatment will make little difference. If you like I’ll book you into the hospice.” The Woodsman breathed a deep profound sigh that filled the whole room with a sad vibration. “That won’t be necessary,” he replied with tears in his eyes, “I’ll die at home.”

For most of his adult life, the Woodsman had lived and worked in Ormiston. Every day he did his job outdoors among nature, looking after the woods in the winter and the grounds around the houses in the summer. He was never a part of the cut and thrust of the community and did not get involved in arguments and debates about who needed to do what or where the community was heading. Although he lived in the community, his views were never sought - but he knew full well of the heartache, distress and discord that was the daily experience of most community members.

He did his job each day with skill and devotion and did some extra work in the evenings, driving the villagers to events outside the community in the mini-bus. He loved his work, which had been his life’s purpose and had never thought of quitting or moving on – until now! Later that day he told his friend Maeve the news and about his decision to die at home. She promised to move in straight away and look after him. That evening he had a profound experience of greater inner peace. He took to his bed.

Except for a few close friends, who greatly valued his company, he was known in the community for what he did, rather than for who he was. Soon the news that the Woodsman was in his deathbed spread across the community and many people that night made a decision to visit in the coming month and comfort him.

Little did they know that by each of them making this decision, their own life and the life of their community was going to be changed forever! 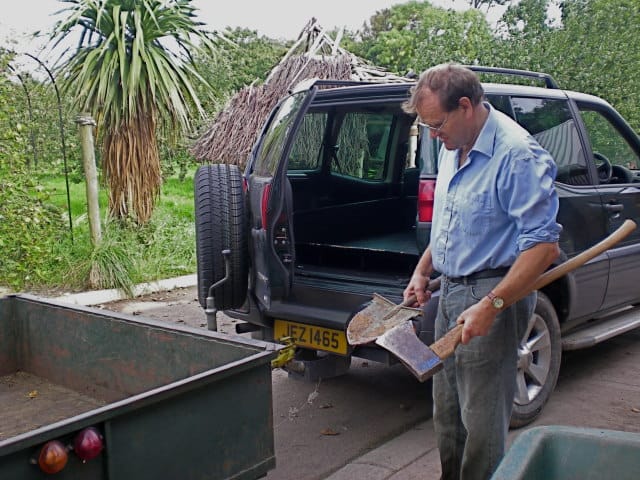 Contents:
Home Page
Introduction
Being guided from within
Cope with loss
Be a person of integrity
Achieve success
Master Money
Be non-judgmental
Nurture your children
Understand death
Living consciously together on earth