A Woodsman's guide to enlightenment
By Wallace Huey
Audio of this Chapter:
Download the MP3 audio file
Be a person of integrity

“I have come to say goodbye,” said Graham, one of the groundsmen, who looks after the gardens and hedges.

Maeve had just shown him into the room. His eyes were half open as he squinted at the woodsman through the bright spring sunlight coming in the bedroom window. Graham was a thin man, about 25 years of age, with neat carefully chosen clothes and a delicate disposition. The Woodsman knew him well for he had worked with Graham on bigger jobs, like the time they felled the ancient giant oak, because it was rotten at its core and threatened to be blown down on top of Brookland House, one of the houses in the community.

“Hello, goodbye – it’s all the same to me,” said the woodsman, who, looking deep into Graham’s eyes, could see a disturbance in his soul. “What have you really come to see me about?”

“Well, they said you were dying, and I always admired how at home you looked in the woods and out in nature and I just wondered…..”

“You wondered why you don’t like the outdoor life,” interjected the Woodsman.

“Why…yes – how did you know?” replied Graham in a surprised tone.

“I know to look at you that you are not built for the outdoors,” said the Woodsman in a deep resonant tone of voice. “You’re a pen pusher!”

“But my Dad always said that pen pushers were wimps,” said Graham indignantly.

“And what do you say?” asked the woodsman.

“I’ve always been afraid to work in an office,” said Graham, “I always wanted to make my Dad proud by working with my hands outdoors.”

“Always wanted to - Hmmm….I doubt that,” said the Woodsman, “To thy own Self be true.”

“What does that mean,” replied Graham.

“Remember that oak we cut down two years ago.”

“Yes I do,” replied Graham.

“Because it was growing in the right place – a place suitable for its nature and character,” said the Woodsman.

“How do you mean?” asked Graham.

The Woodsman took a long look at his delicate skin, his fine fingers, his carefully clipped fingernails, his unexpressed intelligence and his demure appearance, “You’re an oak that’s growing in too acid a soil, beside the sea, being crowded out by other trees,” he laughed.

Graham looked both puzzled and perplexed, and turned to leave the room.

“Remember that oak,” called the Woodsman, as Graham pulled the bedroom door behind him. 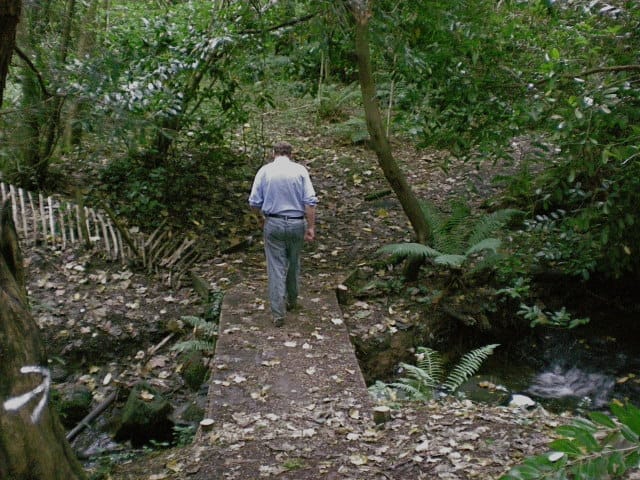 Contents:
Home Page
Introduction
Healing yourself
Being guided from within
Cope with loss
Achieve success
Master Money
Be non-judgmental
Nurture your children
Understand death
Living consciously together on earth