A Woodsman's guide to enlightenment
By Wallace Huey
Audio of this Chapter:
Download the MP3 audio file
Cope with and learn from a major loss in your life

“Ssshh, I'll see if the Woodsman is sleeping,” whispered Maeve. The door opened with a slight creek and Maeve looked into the room. “Its fine he's woken up,” she said in her more natural tone, no longer feeling the need to whisper. “Go on in.”

James walked gingerly into the Woodsman's bedroom and sat in the easy chair.

“Ahh… James, how are you?” asked the Woodsman.

He knew James well. The Woodsman used to meet him every week, when he volunteered to shuttle young villagers from the community's training college to the swimming pool in town. Sometimes the two men would stand and chat, while they waited for the young people to get ready.

James cleaned the training college - which always puzzled the Woodsman, because he often felt that James, with his keen intelligence and quick wit, was able for much more responsibility than he had as a cleaner. However the Woodsman also knew that his eyes carried a deep sadness, the cause of which had always remained a mystery.

“I'm doing ok,” replied James, “I - ah…heard you weren't so well, so I thought I'd nip over and see you.” There was a shake in his voice.

The two men had always felt close, although nothing of much significance had passed between them. There was an acknowledged understanding on both men's part that each knew about what had never been said, and in that knowing lay understanding and acceptance.

Now there was an urgency and nervousness about James, as if he were a fox that had to break cover in order to save his life.

The shake in James's voice continued. “I needed to talk to you, I couldn't stay away,” he mumbled nervously.

“What is it James - what's the matter….. tell me,” said the Woodsman with a tenderness in his voice that, along with the urgency James was feeling, softly opened his heart.

“I've always wanted - needed - to tell someone but never could,” he continued more confidently, “and when I heard you were dying, I knew I had to come and tell you.”

“Go on,” said the Woodsman, his voice like velvet.

James gathered himself, as if he were preparing to go into confession. He could feel a warm love emanate from the Woodsman's soul - he was unable to hold back any longer.

“My mother and I were the best of friends. Then all of a sudden she was diagnosed with liver cancer and given two weeks to live. When I visited her on her deathbed, she asked me to promise to never sell our ancestral home, the family farm. I didn't want to disappoint my mother so I agreed.”

“When she died, we buried her beside Dad in the church graveyard. It was a wonderful funeral. The service was in the family farm beneath two great copper beech trees in the garden. The minister spoke, emphasising in his delivery the importance of always honouring the last days we spent with our loved one….always remembering them, always cherishing them……”

His voice trailed off. Now he began to hesitate again - the shake in his voice returned. “I was my mother's only child and she left the farm to me. My wife and I lived 15 miles away in a local town where I worked as a director on the board of a clothing manufacturing company. I was the most prominent member of the Chamber of Commerce. I had no interest in the farm - never had, so I let the land and outbuildings to a local farmer. The house sat empty.”

His head dropped to his hands and he stopped to gather himself again. This was proving difficult.

“Go on,” said the Woodsman, in his velveteen voice.

“Shortly after Mum's death our business's profitability collapsed in the face of cheap imports from India and China. Our company went into receivership and I became bankrupt. I didn't know what to do. I was under huge pressure to settle company debts,” - he caught his hair with his hands - “and I sold the farm.” He gasped, like a man coming up for air. “I paid my debts, put the rest of the money in the bank and have lived off it ever since. The thing is I've lost all my confidence - although the money has kept my wife and family going for the past 7 years, the money won't last forever and I feel stunted.”

“Hmmm..” said the Woodsman, “You feel stunted…I can sense your pain.”

The Woodsman's eyes turned away from James, as if the he was scanning an inner world of memory and imagination. After a few moments he returned his gaze to meet James's tired eyes.

“In the Silver Brook Wood over beside the farm, there used to grow a tall mature larch. Everyone admired this larch, including me. Then one November evening there was a fierce thunderstorm. Lightening was shooting down from the sky all night. Three days later I had to go over to Silver Brook Wood and gather up some logs, to put them under cover in the timber shed. My heart sank when I saw the elegant larch - the top third of the tree had been decapitated by a lightening bolt. It looked rather sad and forlorn without the top of its trunk. It had lost its position as the king of the wood.”

“In the coming years I kept a close eye on that larch. For many years it stood lonely and sad and nothing seemed to be happening. It was enough for it to survive. Then I noticed that gradually the tree was healing. Although it was not growing taller the tree was managing to cover the wound from the lightening strike with fresh bark. Then seven years later I noticed this tree put out new shoots just below where it had lost its leader. There were six different shoots and in the coming years these fresh shoots grew tall and straight.”

“Today this tree is remarkable. It is the most unique larch I have ever seen - truly majestic. It has a long straight trunk that stops suddenly after about thirty feet and then has six branches, all of them leaders, growing horizontally out from the top of the main trunk and then striking for the sky. In the spring, when coming into leaf, it is a magnificent sight. I suggest you take a trip to Silver Brook Wood and take a look at it - you can't miss it. It's the king of the wood once again.”

James looked surprised. His worn expression was gone. A new lightness of expression filled his face and his eyes sparkled in the spring sunlight coming in the window. “Thank you. Thank you,” he kept saying. “My burden is gone. I see what I must do,” and he rose, shook the Woodsman's hand with a firm grip and left the room.

Maeve looked in to check that the Woodsman was ok.

“Keep an eye on James,” he said. “I have a feeling he's going back into business!” 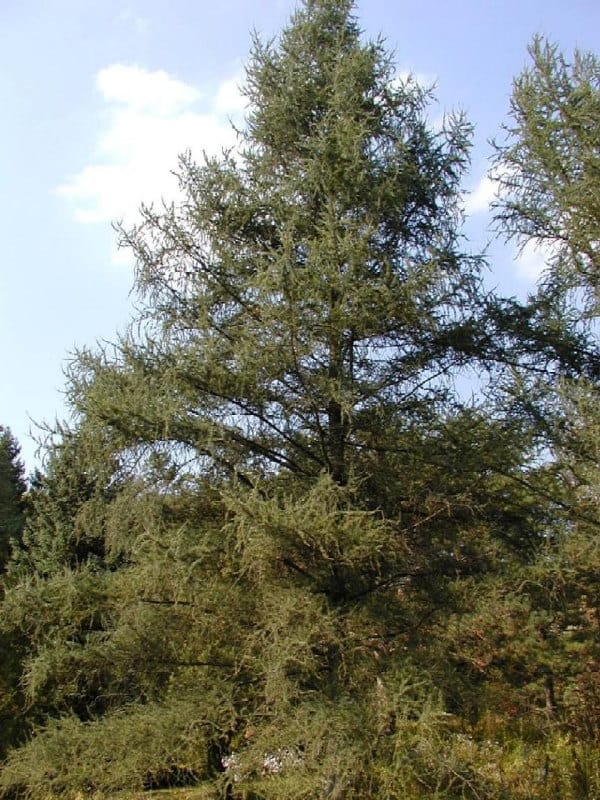 Contents:
Home Page
Introduction
Healing yourself
Being guided from within
Be a person of integrity
Achieve success
Master Money
Be non-judgmental
Nurture your children
Understand death
Living consciously together on earth