A Woodsman's guide to enlightenment
By Wallace Huey
Audio of this Chapter:
Download the MP3 audio file
Living consciously together on earth

Maeve ran out of the room, clattered down the wooden stairs and into the living room where the Woodsman’s closest friends were gathered and said only two words – he’s dead! There was stunned silence – the heart had been ripped out of the community. Maeve hugged all who had gathered and they in turn hugged each other. There was nowhere to go, nothing to do, only grieve.

The news spread throughout Ormiston and everyone felt the loss of a Great Soul – all that is except Maeve who felt inexplicable joy! As the Woodsman’s closest friend and confident in life and death she felt fulfilled and complete. Yes there was a tinge of sadness, but these sad feelings were surrounded with feelings of profound love and gratitude – and the peace that passes all understanding.

Over the next few days members of the community debated where they would lay the Woodsman to rest. Unusually for such a diverse group of people, a consensus developed that they would bury him in the woods on the hill overlooking Ormiston and the sea beyond. The Woodsman had planted this grove as a young man - it was one of the first planting schemes he had initiated, and now the trees stood tall and strong.

As the Woodsman had requested, his grave would be unmarked.

The day of the funeral was filled with the bright sunshine of late spring. The Woodsman was placed in a simple unadorned wooden coffin and carried from his house up the hill to the burial site. People brought flowers and poetry which was read out before the funeral rites. As his coffin was lowered into the ground a wail of grief rose from the gathering and when the grave was covered with a board bedecked with flowers Maeve clapped, followed by every member of the community. Those gathered there that day, felt the juxtaposition of powerful contradictory emotions.

Each one knew that in burying the Woodsman, they had been transformed.

Before long the needs of the farm, the weavery, the pottery and the never-ending duties of keeping house and home drew the community back to work – but something had changed. There was an indefinable lightness of spirit and a presence that bonded everyone in a love and harmony. Community meetings ran more smoothly. Houses were managed with greater care and consideration. In the past the groundsmen and the farmers had always been antagonistic. Now they felt united and even held joint meetings to plan the way forward for the community. These meetings became the seed for the involvement of the entire community in the creation of a new vision with many fresh and exciting ideas and projects.

One of these projects was to erect a large stone Celtic Cross with the different activities of the community all carved into it, near where the Woodsman had been buried, with a bench where people could sit and admire the view.

A month after it was erected, Maeve strolled up the hill to the wood, sat on the bench beside the cross and took in the view. She looked across the green fields to the sea at the scene her friend, the Woodsman, had loved so much. She listened to the crows perched in the trees overhead as they gathered in their thousands in the autumn twilight.

Eventually it was nearly dark and, as she rose to return home, the great flock of crows rose as one, in a great symphony of sound. Their call echoed throughout the woods and across the community.

It was a call beyond time.

It was the call of the Woodsman. 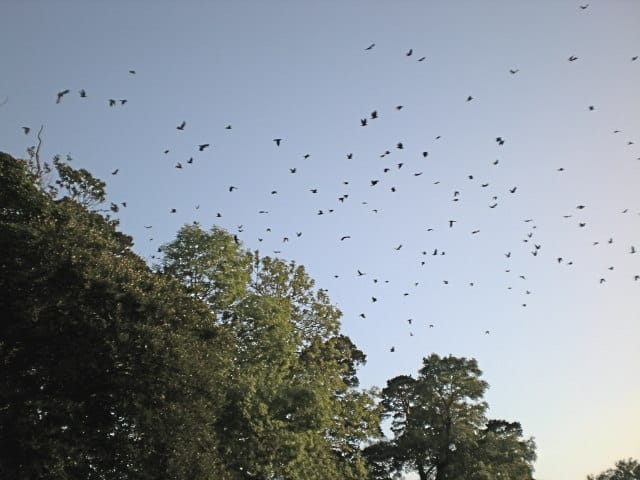 Contents:
Home Page
Introduction
Healing yourself
Being guided from within
Cope with loss
Be a person of integrity
Achieve success
Master Money
Be non-judgmental
Nurture your children
Understand death