A Woodsman's guide to enlightenment
By Wallace Huey
Audio of this Chapter:
Download the MP3 audio file
Master Money

“I must see the Woodsman. I must.” The Woodsman cocked his ears to hear what was happening in the sitting room downstairs. “He’s my only hope. I need to see him for the sake of my wife and children,” exclaimed the unknown visitor.

Then the Woodsman heard muffled conversation and the noise of steps on his wooden stairs. He knew from the heavy thud of shoe leather on wood, that he was about to meet a dejected person.

The door creaked open and Maeve stepped in.

“This is William, financial manager in the community offices. He says he needs to see you. He’s at a loss how he can help his wife and children. Can he come in?”

“Yes, of course,” replied the Woodsman. “Invite him in to sit in my bedside chair.”

William entered the room. He and the Woodsman had only met in passing. William lived in the world of computers, telephones and meetings - people the Woodsman jokingly referred to as “pen pushers.”

The Woodsman’s life had been entirely different. He worked alone in the woods. Once someone gave him a mobile phone and, after fiddling with it for a week he donated it to a local charity. He knew little about computers.

He was more interested in the innernet than the internet.

William gasped when he entered the room. He had no idea the Woodsman was so unwell. He had heard he was dying, from the conversation around the community, but when he actually saw him lying in bed, like a great fallen oak, he was shocked. Despite the Woodsman’s obvious infirmity he was struck by the unmistakable sparkle in his eyes. In the dim light of the room they twinkled like two bright stars in the night sky.

Reassured that he was in the presence of profound wisdom, a sanctuary where his troubles could be understood, he relaxed and took up the Woodsman’s invitation to sit beside his bed.

“I came to see you because I have failed in a promise to my wife and I fear my children have lost out on the future I want to offer them,” began William. “I promised my wife that our five young children would have the opportunity to go to university and that we would have all we needed in our retirement. My plans have come to nothing,” blurted out the financial manager, perplexed. “Now I am distraught with worry.”

“What happened for you to lose your promise?” asked the Woodsman.

“I had saved for a number of years and then I inherited money from the death of my aunt, who was a spinster. So I had a sizable sum - financially speaking. I studied the stock market and estimated that the world demand for oil would grow dramatically over the next ten years, perhaps even outstripping supply. So I invested everything in a small company that prospected for oil in the Congo in Africa. I calculated that if they discovered a significant oil field, with the rise in the share price all the dreams I had for my family would come true.” His head rose with this plaintive expression of a forlorn hope.

“And then what happened?” asked the Woodsman.

“A vicious civil war started in the part of the Congo where the company had exploration rights. Their equipment was destroyed, their staff held as hostages and the share price plummeted.” His head dropped.

“And your dreams...?” inquired the Woodsman.

“All gone,” exclaimed William. “I told my wife. She was bitterly disappointed and concerned for the future of our children. I still have a small sum left but have lost all my confidence. I don’t know how to get my confidence back, so I can invest again.”

The Woodsman excused himself and began coughing. He had to wipe his mouth with his handkerchief. William couldn’t help but see that blood was mixed in with the mucus.

When his fit of coughing subsided, he turned to re-engage with the conversation. William felt the power of the Woodsman’s compassion radiate from his eyes. This power was in sharp contrast to his ailing physical body.

“How can I pity a man who is transcending death?” he thought silently.

The Woodsman spoke only slightly louder than a whisper, however his deep voice filled the entire room. William leaned forward. He knew what he was about to hear was coming from beyond the world of computers, stock prices and financial analyses.

He knew the advice he was about to get would be inspired!

“There were woods in Ormiston before I arrived, and there will be woods here after I am gone,” began the Woodsman. “Arthur, the Woodsman who was my great teacher, and who came before me, saw to it that what he had inherited from the Woodsman before him was nurtured, developed and harvested in a manner that yielded timber for the community and yet also increased the value of the woods.”

“I too have continued that tradition.”

“How have I achieved this?”

“Every year I harvest only those trees that have matured successfully - trees which have no more growth left in them. I replant immediately with young saplings I have bought in at a tiny price.”

“The harvested trees are a mixture of ash, beech, spruce, chestnut, larch, willow and oak. These trees grow at different rates. Some, like willow, can be harvested within a few decades. Others, like oak, I leave to the Woodsman who follows me and I harvest the oak planted by the Woodsmen who came before me.”

“When I am replanting open areas of the woodland, I am very careful to plant each type of tree where I think it will flourish best. Even so some saplings die, but others go on to become strong and healthy. After a few years I thin these saplings, leaving only the strongest and healthiest, so that they have space and sunlight to grow into magnificent trees,” explained the Woodsman, speaking slowly so that William would hear every word.

“By the careful management of the woodlands, I am able to supply the community with a wide variety of timber which is used for many different purposes. Some, like oak, is turned into high quality furniture and others, like spruce, are used for logs and fence posts,” he continued.

“I have handed on this responsibility to my own assistant, Tim. And everyday I give thanks to Arthur and the line of Woodsmen who made this possible,” and the Woodsman stopped speaking.

To signal that he had said all he wanted, the Woodsman closed his eyes and rested his head gently on the pillow.

“So you didn’t just plant one type of tree you planted many. You planted each tree where it would flourish. You cleared the way for the healthiest to grow into magnificent trees and you harvested them only when they were fully grown. Through this careful stewardship all the community’s needs for timber have been abundantly supplied. Now you are passing all the value you have added to the next generation.”

His broad smile dissolved the frown across his brow. He had been awakened to a heightened awareness and a new understanding.

William jumped to his feet and took the Woodsman’s hand, shaking it energetically, waking him from his repose.

“You have given me new hope!” he exclaimed, and excitedly left the room.

The Woodsman listened as William clattered his way down the wooden stairs. He could feel new found confidence from the energetic vibration of his feet on wooden treads.

He knew William was a transformed man! 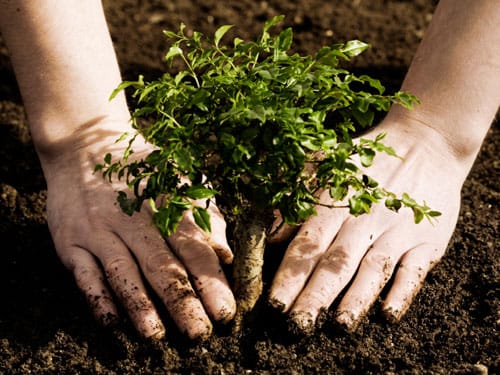 Contents:
Home Page
Introduction
Healing yourself
Being guided from within
Cope with loss
Be a person of integrity
Achieve success
Be non-judgmental
Nurture your children
Understand death
Living consciously together on earth