A Woodsman's guide to enlightenment
By Wallace Huey
Audio of this Chapter:
Download the MP3 audio file
Be non-judgmental

The door to the Woodsman's bedroom creaked open and Maeve stepped into the bedroom and introduced Angela briefly. Then after giving the Woodsman a secret wink, as if to say “she really needs to see you,” she left the two of them together.

Angela stood just inside the door in the corner of the bedroom, looking down at her feet. With Maeve's wink present in his memory, the Woodsman chose to observe Angela carefully before saying anything.

He knew her to see around the community. She was often to be found in the vegetable garden with her husband. Then he suddenly realized that in recent times he had not seen Angela and her spouse together. Although they were never friends, on one occasion Angela had helped set up his talk when he had offered to share his love of local woods with members of Ormiston.

Grimacing against the pain of the invading cancer, he propped himself up on one arm and slid back against the pillow, so he could see more clearly.

He remembered that she was quite a rotund woman at the time he had given his talk, now however he noticed she was quite thin - some would say painfully thin. This stick like woman was also, he observed, covered from head to foot in black clothes and shoes. She reminded him of the black clad widows he had seen while on holiday in Greece, who held tight to their grief and refused to let it go. The Woodsman observed Angela's countenance carefully. Her face seemed to carry a dark scowl. He could see that she held within a dark, unexpressed anger, which like a plethora of ivy around a mature tree, was draining all her life force.

“How is your husband?” he enquired gingerly, for he knew he was about to walk on thin ice.

“All men are bastards, and he's no different,” came Angela's terse response.

“I know what you mean,” replied the Woodsman. “Like the hedgehog, we can be a challenging species.”

Angela walked timidly across the wooden floor and eased herself into the plain green armchair the Woodsman kept beside his bed for visitors. Her timid demeanor was in sharp contrast to the Woodsman's powerful presence which, like the giant redwood, seemed to fill the whole space.

“Do you remember the talk we organized a few years back?” he began.

“It was my first talk - and my last,” replied the Woodsman, “I guess most men make their first talk the day they get married, I made mine the day I married my love of the woods with members of community,” and he laughed.

The tension eased, along with Angela's scowl.

“Yes indeed,” replied Angela, “Your talk, and the photographs you showed, really made the community aware of the extraordinary beauty of the woods here in Ormiston. I remember the warmth of the audience and the standing ovation at the end of the evening.”

The Woodsman sensed his intuition slicing through the niceties of the moment - he knew he was short of time and he had to act now.

“That day was so good because I was sharing my love affair with the woods. When ever that love affair is going well I have a big smile on my face and when it goes badly I can become sad and grief stricken.”

“How do you mean?” enquired Angela urgently.

By the urgency of her question, the Woodsman knew the cause of Angela's angst, but he was bringing the subject in with sensitivity because he sensed her vulnerability.

“During summer months, some evenings I would jump in the truck and drive to Redmond Hill for a walk. There is a large coniferous forest there, with a path that runs up the hill, and down again by a different route, back to the car park. I loved going for walks up the path and back down again.”

“One summer evening I was ambling along when the clouds cleared to expose the sun as a great ball of golden light right at the end of the trail. I was walking right into this bright ball of light. I could feel its rays penetrate right through my clothes - they filled me up in some indescribable way with intense energy. The forest all around me melted into dark green/brown and I could barely see the path ahead. Slowly, the sun set behind the trail head. ”

“Then two months later I was on my favorite walk again when, in the exact same spot, I heard the sound of trees falling and the screams of internal combustion engines. Up ahead I saw a huge John Deer forest harvester. It was cutting down a tree and turning it into logs every couple of minutes. Near the harvester was another huge machine that was collecting the logs and stacking them neatly beside the trail so the trucks could pick them up. My heart sank at the sight of the forest being decimated by these two industrial behemoths.”

“Two weeks later I returned to my walk and had almost forgotten about what had happened earlier. As I came across the spot where I had had this special experience, I was upset to find the trail and surrounding forest with great swathes cut out of it and the ground ripped apart by the tracks of these two huge forest machines.”

I observed a suggestion of anger rise in the tensioning of my muscles and a stray thought cross the empty screen of my mind - “Those lumberjacks are bastards.”

“I was so upset that whenever I visited the forest any time for the next year I always walked up to the top of the hill through the undamaged part of the trail and then took the same route down again to avoid passing by all that carnage.”

“Then a year later I went for my usual walk and just to be different, more than for any other reason, I set off up the damaged part of the trail to the top of the hill. I came once again to the same spot and couldn't believe my eyes. Mother Nature had worked tirelessly in that intervening year to heal those gaping wounds in the earth. The raw open wounds left by the tracks of the machinery had all been covered with grass and ferns. The trail no longer looked raw and broken. This was my sacred space, which had been desecrated and was now healing.”

“I stood at that spot and gave thanks to God for healing the Earth, because I knew that in walking the trail that day I too had experienced healing of the sorrow and devastation I had felt a year earlier. I felt embarrassed that I had judged those lumberjacks so harshly. Nature had forgiven the men who had caused this desecration, had made an unwavering commitment to heal this sacred space and had worked healing magic on those open wounds.”

“I stood on my sacred piece of earth and shed tears of gratitude.”

The Woodsman looked over to where Angela was sitting to see her weeping. She and the Woodsman cried full heartedly, both weeping for the healing of the Sacred.

Once the grief had been experienced and shared, Angela's anger eased somewhat. She thanked the Woodsman and vowing to apply the lessons of this story to her husband's unfaithfulness, with her head held erect, and looking straight ahead, she left the room. 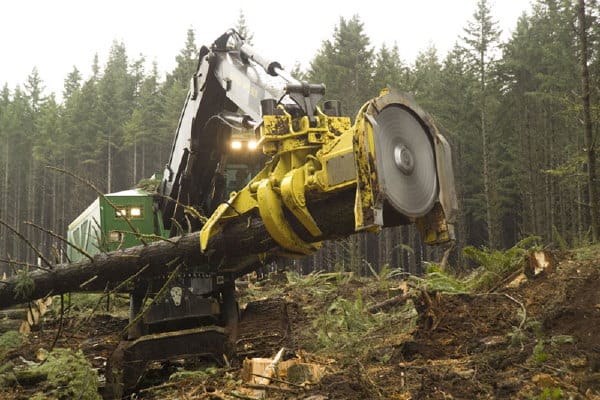 Contents:
Home Page
Introduction
Healing yourself
Being guided from within
Cope with loss
Be a person of integrity
Achieve success
Master Money
Nurture your children
Understand death
Living consciously together on earth