A Woodsman's guide to enlightenment
By Wallace Huey
Audio of this Chapter:
Download the MP3 audio file
Achieve success

“Bloody hell! Those stupid Trainees - will they never learn.”

The Woodsman could not help but hear the conversation in the living room below.

“For crying out loud - I sit with them all day at blasted meetings and they still get it wrong.” The Woodsman recognised the unmistakable voice of his boss, Owen.

Owen was in charge of the gardens and often went on rants about how much of his time was taken up in what he deemed to be endless meetings. Hearing earlier in the week that the Woodsman was on his deathbed, he had come on a visit.

The Woodsman let his head settle into his pillow, his lips stretching into a broad smile as he recalled the many times he had listened in silence, as Owen had given forth about the various demands on his time - each one taking him further and further away in his role as garden manager from working with his hands in his beloved gardens.

He continued to listen as the unmistakable noise of garden boots on timber stairs became louder - then the door opened….

“Maeve said I could come on up,” said Owen, with a smile on his face.

As a gardener all his life, he felt a familiarity with death and the passing of the seasons, and was at ease visiting the Woodsman in this, the winter of his life.

“How are you keeping?”

The two men talked about the gardens and what was being planted this spring. Like the men themselves, the conversation was matter of fact and down to earth. Then Owen changed tack.

“I'm fed up with these blasted meetings. They drag on half the day and I can't get out to plant the spring vegetables. They are full of endless waffle generated by blooming pen pushers. The health and safety inspector is due to call next week and we actually had a meeting about what meetings we should have to prepare for the inspection - can you believe it! Blooming pen pushers - they couldn't grow a weed never mind a vegetable. I'm getting to hate this job.”

“Why do you stay in it,” asked the Woodsman.

“I can't let these twerps run the gardens - we'd all starve,” exclaimed Owen, “And besides, as the garden manager I'm able to control everything that happens in the gardens. When I see the vegetables and fruit being harvested in the autumn I feel a real sense of achievement and success.”

“But are you really a success if the work doesn't suit you. As a manager you have to be responsible for growing people and I always felt you were better at growing vegetables,” retorted the Woodsman.

“I can't give it up now - I'm at the top of the gardening world within the community, I wouldn't thrive in any other position.”

“Remember that Giant Redwood near Kate's Bridge Wood by the farm,” said the Woodsman. “How tall is it?”

“And if that Redwood was growing in California how long would it take to reach 100 feet tall?”

“It would take 400 years at least,” said the Woodsman. “Ireland is not its natural habitat but it grows twice as quickly here - provided you take and plant it for it will not reproduce itself naturally in the wetter Irish climate.”

There was silence. The normally jocular Owen was stunned. The Woodsman's comment had shot right through him and blasted through all the confusion, frustration, stress and anger.

His eyes slowly withdrew from the Woodsman and gazed into an inner world which soon filled with new possibilities. In a dreamy voice, uncharacteristic of the down to earth garden manager, Owen replied, “Yes….yes… I see what you mean……. Thank you.”

As he left the room the Woodsman noticed that he had the relaxed gait of one in whom new life had been planted. 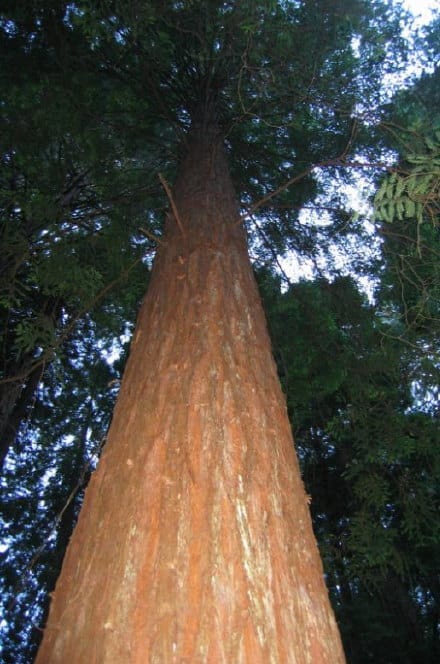 Contents:
Home Page
Introduction
Healing yourself
Being guided from within
Cope with loss
Be a person of integrity
Master Money
Be non-judgmental
Nurture your children
Understand death
Living consciously together on earth